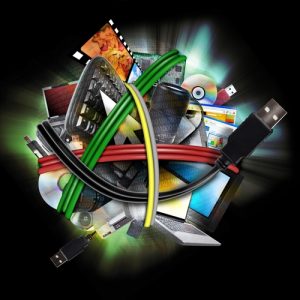 If you glance at the listings on New Pro Video or on our blog, you may notice that we mention Sony products relatively frequently. That's partly unavoidable, seeing as it is a major provider of professional video equipment that we look to make available to as many people as possible.

But it's also because, despite its growth, Sony is still a brand to watch, as evidenced by its recent securing of a patent for a device that CNET describes as a "SmartWig."

This device seems to be more or less what it sounds like, a "wired" device that would sit in the wearer's hairpiece and combine all of the functionality of a smartphone in a portable form, including texting, email, and even a camera. The patent describes situations in which the fixture might be used, including movie sets and costumed role players in conventions.

Obviously this doesn't negate the kind of strides that this company has made with more traditional approaches to videography, as evidenced by our offerings. Right now, you can find a pair of shoulder-mounted Sony camcorder kits on our site that come with the kinds of essential pieces you might be tempted to go acquire on your own otherwise, like multiple memory cards and an appropriately sized Fujinon lens.